I just finish diapering José Domingo, as a sign of sincere gratitude, he has dedicated to me a beautiful smile that made me forget about the pollution we have in Santiago, the economic crisis we are going through and many other concerns that cross my mind these days, including the construction and production of my next album, which should be ready by November.

It’s because he has that magic; the healing faculty that the angels possess and that we so much need in each day. He has made me meet feelings in me that weren’t in my books. He has come with a load of new sensations, unknown emotions, although somehow imagined, when looking at the faces of the parents when they proudly show the fruits of their love. That innocent face that makes thousands of expressions has made me move muscles that I did not know I had.

You should see my face when I see him smile. Probably, Jose Domingo might think: “what many faces my dad knows to make”. Anyways, it’s a totally new world, many times seen by the outside, without getting involved, but now it’s fully lived, in everything that this new life means, that has arrived to fulfill every corner of our home.

He doesn’t know anything. He is not concerned about the gas price being sky high. He doesn’t know that the students took over the university, and that the Chilean soccer team was eliminated from the Korean World Cup. He doesn’t even know how beautiful his mother has become. That face full of love that looks at him is another nature show.

Now, while he sleeps, I think of his future and prepare his road. I want him to be prepared for the moment he starts realizing about everything. My kisses are the vaccine against all troubles waiting for him. The more I give him the less he will suffer when his moment comes.

Now, excuse me, I am going to give him a big one, for the time when he learns to read the newspapers’ headlines. 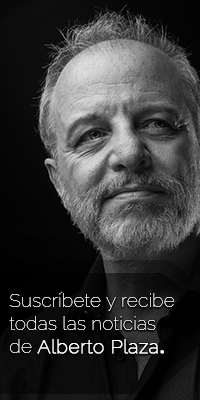